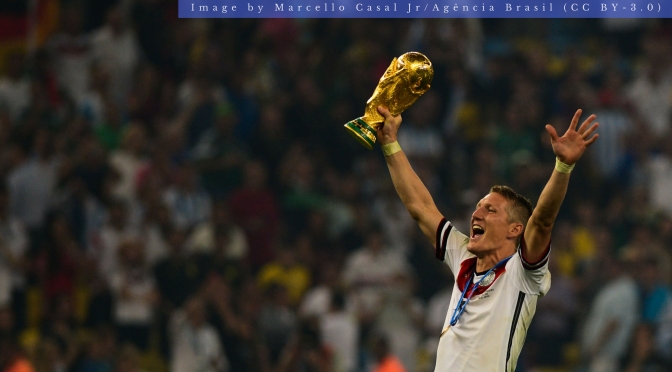 So much of the international football scene, and all of the sport for that matter, is dominated by superstars like Cristiano Ronaldo and Lionel Messi. However, these players are aging, and at some point, it will be time for their national teams to think about the next chapter. For example, how many players on these national teams will be seen at the 2022 World Cup? I doubt there will be many that are currently over the age of 3o. In this article, I am going to be taking a look at some of the national teams I think have bright futures, who their key players will be, and how far they can go. For the purposes of this, none of the key players I identify can be over 25, and only one player per country can be over 23.

Where would a team go after losing Sergio Aguero, Angel Di Maria, Lionel Messi, Gonzalo Higuain, and others? While Argentina have not been able to win a cup recently, they have been to 4 finals with Messi, just missing that final step. Paulo Dybala could provide the attacking future for Argentina, especially when joined by Juan Iturbe. In 18 appearances this season, Dybala has 7 goals, and has created 29 chances, which ranks him 2nd and 3rd on Juventus, respectively. Iturbe is yet to make his mark at AS Roma on the scoresheet this season, but he is a player with a lot of potential for the future.

As for Rulli, he is another goalkeeper on the rise, having already won the starting job at Real Sociedad. In 22 games this season, he has kept a solid 8 clean sheets. He could be a real difference maker in a tight match late in competitions. However, so much of Argentina’s success has been built on depth, and strength at every position. This is something I’m just not seeing from this group of players. In my opinion, this is a group of players I think can take Argentina to semi-finals of tournaments, but will fall short of bringing them a title. If they are to win any silverware soon,  it’ll have to be before this current group retires.

The USMNT is one of those interesting teams. They are up and down with managers, as Jurgen Klinsmann had his ups and downs before getting sacked, and new manager Bruce Arena hasn’t looked convincing yet. However, a lot of this could be that he just hasn’t gotten used to the side yet. Arena is a manager with a lot of experience in competitions, which is exactly what I think the US needs.

Christian Pulisic is one of those wonderkids, that has potential to be one of the best footballers in the world in the future. He will be accompanied in the attack by Jordan Morris and Bobby Wood, both strikers who have a knack for getting into the right spots and putting the ball into the back of the net. I could actually see this attack lead a 4-4-2 deep into tournaments, but there are a lot of defensive questions at the moment. Brad Guzan has been decent for Middlesbrough this season, but is he really a goalkeeper for a title-winning side? For these reasons, I can only see this national team reaching semi-finals at best, unless they sort out their defensive question marks.

England was one of the most disappointing sides at Euro 2016, getting knocked out by Iceland in the round of 16. For the future, they are going to benefit greatly from Tottenham Hotspur’s great English talents, including Dele Alli, who has netted 11 goals and 3 assists. They also have striker Harry Kane (14 goals), center mid Eric Dier, center mid Harry Winks, and the best fullback duo in England, in Danny Rose and Kyle Walker. These players will all contribute to an electric attack going forward, especially when paired with the exciting Marcus Rashford.

The problem with England continues to be their manager. No matter who gets picked, there always seems to be doubt among fans, and it seems like only a few months pass before a new one is being picked. Current manager Gareth Southgate will have to deal with issues in finding quality center backs and a goalkeeper to rely on. Jack Butland could be the answer to this, but he has had his injury problems. John Stones has quite a bit of potential, but he also makes his fair share of sloppy mistakes. This defensive liability is the reason I can only see England reaching quarter finals and semi finals in the coming years.

So much of the future Italian national team will be built on the same strategies as the current one. Gianluigi Donnaruma is one of the brightest young talents in the world, and will be a more than capable replacement for Buffon. As for Rugani and Romagnoli, they could provide a rock-solid shield to their keeper, as the strong point of a future back four. Rugani is a disciplined defender, and Romagnoli is an exceptional passer, and almost reminds me of a Toby Alderweireld.

Lorenzo Insigne leads the attack, and is an incredible player. He followed up his line of 12 goals and 10 assists last year with 5 goals and 3 assists so far this year in Serie A. He has looked better than the stats say, and would definitely be able to lead Italy’s attack. The problem with Italy’s attack is their depth. After Insigne, their second best option is probably Manolo Gabbiadini. And while Gabbiadini has scored 3 goals in 2 games for his new club Southampton, the season before he only started 4 games with Napoli. If Gabbiadini could find consistency,  I could see Italy posing a serious threat in every competition they participate in. In my opinion, Italy will definitely be reaching cup finals, and if they can find the consistency going forward, maybe win a few. 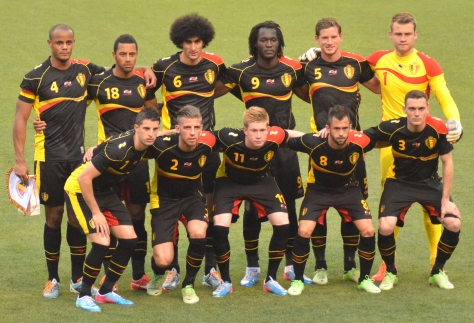 Belgium were another one of those disappointments at Euro 2016, falling to Wales in the quarterfinals. Much of their failure was pointed to Romelu Lukaku’s inability to finish his chances. He seems to have matured and grown a lot since then, as he is the second leading goal scorer in the EPL, with 16 goals and 4 assists. Kevin De Bruyne has been on fire as well recently for Manchester City, and is always a long-range threat. As for Yannick Carrasco, there is a reason he’s being linked with some of the best teams in the world, including Chelsea. He has really shined at Athletico Madrid, even scoring in the Champions League final last year.

And while Belgium will have no shortage of attacking ability, their fullback position remains questionable, which it has been for quite some time. Jordan Lukaku and Jordan Denayer just have not looked good enough to be in a top international team, which forces center back Jan Vertonghen to often play in a position he isn’t comfortable in. Their goalkeeper Thibaut Courtois will provide a lot of cover, but still, their question marks out wide lead me to believe that this is a side that will reach many cup finals, but fail to win them, much like Argentina has recently.

Germany is fresh off a 2014 World Cup win, and a 2016 Euros semi-final appearance. This country is the giant of international football at the moment, and they don’t look to be slowing down anytime soon. They have incredibly gifted wingers in Sane and Draxler, and a great pair of centerbacks in Tah and Mustafi. Julian Weigl has the potential to control the midfield in the future. Their keeper will likely either be Bernd Leno or Ter-Stegen, and I don’t think they could complain about either one.

In my opinion, the most important player for Germany will be Timo Werner. This is because the biggest reason Germany did not win the Euros was because they didn’t have a consistent performer at the striker position. Mario Gomez and Thomas Muller each looked unconvincing, but Timo Werner is a different story – he has been incredible this season, performing at similar levels as Lewandowski and Aubamyeng.

Germany is my pick to win the 2018 World Cup, and I think they will form a long rivalry with France, one that continue to be the storyline of every competition for the next ten or so years.

Imagine the front three of Kingsley Coman, Antoine Griezmann, and Ousmane Dembele. That would be an absolute nightmare for defenses. Then you have the best midfielder in the Premier League, in Kante, paired with the most expensive player in the world, Paul Pogba. Finally, you have a centerback playing for one the best clubs in the world, in Varane at Real Madrid.

This side has so much youth, and so much talent, I think France are going to be a dominant force in international football for years to come. Their future goalkeeper would probably be PSG man Areola, who has shown great potential at just 23 years old. This side honestly doesn’t have any holes, and would even have an incredibly strong bench, with players like Anthony Martial waiting in the wings. For these reasons, I think France will win many upcoming competitions, including the 2022 World Cup, and the 2020 European Cup. As I said before, I expect them and Germany to be the two juggernauts of the next ten years.

Vote above and let us know what you think in the comments!

2 thoughts on “National Teams with the Brightest Futures”