10 games remain for most teams in the Premier League, and yet so much remains up in the air. Chelsea look poised to win the title uncontested, but the Champions League race, the relegation battle, and so much more remains undecided. Here are my 5 bold predictions for the remainder of this Premier League season: 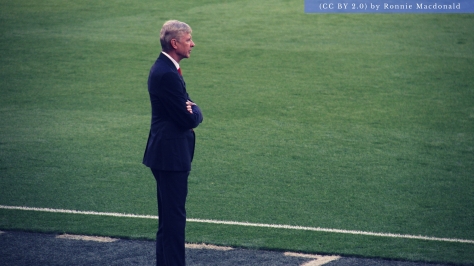 Oh what an end this would be to the Wenger era. This season has once again failed to live up to Arsenal’s early title aspirations, and, not for the first time this year, Wenger is coming under the hot seat. Another early Champions League exit combined with a crash out of the title race are leaving fans desperate for a change; and yet, rumors are going around that Wenger is signing an extension. Surely all of that will fall through if my prediction comes true.

The thought of Arsenal missing out on the top 4 seems unimaginable, and yet they currently sit in 6th place, level on points with 7th place Everton. Yup, that’s right – Everton has pretty much snuck up on everyone, and now are on the brink of cracking into the Top 6 that has stood so firm so far this season. It’s true that Arsenal has 2 games in hand on Everton, but considering their recent form (losing 4 of their last 5), I don’t think they’ll make use of that advantage. Alexis Sanchez seems to already have one foot out the door, and no one else really seems capable of taking over the team. I think Arsenal are in for a disastrous end to their season, and they will lose 5 of their remaining 12 games. And yes, this means Spurs will finish above them. 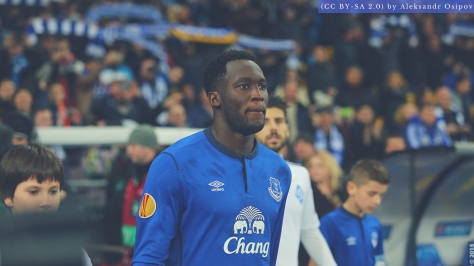 Earlier in the season, I predicted that Alexis Sanchez would take home this honor. However, based on my last prediction, this possibility would go out the window. Lukaku has had a fantastic season, chipping in 21 goals and 6 assists (he is level in goals accounted for with Alexis Sanchez). Everton do have some tough fixtures remaining, however, Lukaku is on fire at the moment, having scored 9 goals in his last 6 matches. I think Lukaku will finish with about 28 goals and 8 assists, which will surely lift him to the golden boot, especially considering Kane is set to miss a month with an ankle injury.

At this point, I think Lukaku is in a three-horse race, with Chelsea stars Eden Hazard and N’golo Kante. The duo has been essential in Chelsea’s title charge, and are looking like some of the top players in the world. What sets Lukaku apart from them is the fact that he doesn’t have the same caliber supporting cast as Hazard and Kante. Everton has some quality players, don’t get me wrong, but it’s nothing like having Diego Costa, Thibaut Courtois, David Luiz, and others helping you out. Especially if Lukaku lifts Everton into the top 6, I think this award should be his. And if he does, and United win the Europa League, Everton would actually qualify for European competition. Whether or not this would be enough to keep Lukaku at the club will have to be decided then.

3. Harry Winks gets an England Call-up

One of the most underlying storylines of this season has been the meteoric rise of Tottenham’s academy product Harry Winks. He made his EPL debut earlier in the season against West Ham, and just hasn’t looked back since. He has now become a regular for Tottenham, coming on as a substitute nearly every weekend. Winks even looks like he could be challenging for Moussa Dembele’s spot next season. Winks has excellent strength and exquisite control on the ball.

Rumors are going around that Spain is considering calling him up, as he is eligible through ancestry. I think Winks would much prefer to play for England, and the Three Lions may actually decide to call him up even sooner just to make sure they don’t lose him to Spain. Winks is a well-respected player, which can be seen by how much his teammates will stand up for him. Winks should be a real consideration for manager Gareth Southgate, especially considering that he is calling up players like Jake Livermore. When looking at the future of England’s national team, Winks just can’t be ignored.

Liverpool have been one of the most shockingly inconsistent sides this season, as they just don’t lose against good times, and just can’t seem to win against struggling teams. Part of this struggle has been the attacking inabilities of right-back Nathaniel Clyne. He seems unable to make quick, critical decisions, and struggles to get accurate crosses in. He has had a serious drop off since being a key part of England’s Euro 2016 squad, and could be on his way out of Liverpool’s starting XI.

Trent Alexander-Arnold has the potential to be one of the best young talents in the world, and has really impressed in the time he’s gotten in cup matches. In my opinion, he was one of the best players on the pitch in his Premier League start against Manchester United, and really shut down Anthony Martial. If Clyne continues to perform poorly, and Alexander-Arnold continues his good form, we could see a swap in Liverpool’s lineup sooner rather than later.

It seems Sunderland are in the same spot every year – we always declare them done just to witness an amazing escape at the end of the season. This year, they’ll have to do it without Big Sam, who seems to be spreading his magic to Crystal Palace, with them 4 points above the drop zone. Sunderland have a game in hand, which means with a win against Watford, who have lost 3 of their last four, and who lost the reverse fixture to Sunderland, they could cut the gap to just 4 points.

With games against fellow battlers Leicester, Middlesbrough, Bournemouth, Hull, and Swansea still to come, they could make up some serious ground. I think Defoe, who is flowing with confidence following his England call-up, puts this team on his back one more time and lifts them to safety.

Let us know what you think in the comments!